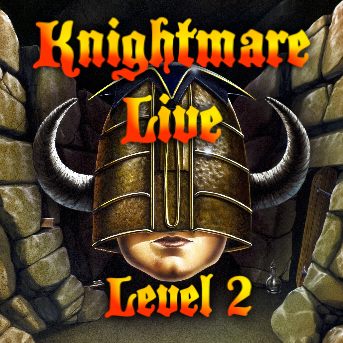 Knightmare Live is a live action theatre show based on the 80s TV show where kids would guide their friend about a dungeon while wearing the Helmet of Justice.

For the time it was really well done as they used blue screen, virtual reality type technology so it really, well, sort of looked  like they were in a dungeon. It looks really dated if you watch it now but it brings back lots of nostalgia for those who remember watching it at the time.

So when I saw that they were bringing it to the stage I had to go.  I went to watch their first show last year and I really enjoyed it, so when they asked for volunteers to be the dungeoneer for their Birmingham show I jumped at the chance.

The other person who volunteered was a guy called Nicholas. We were both told to get there for 7pm…