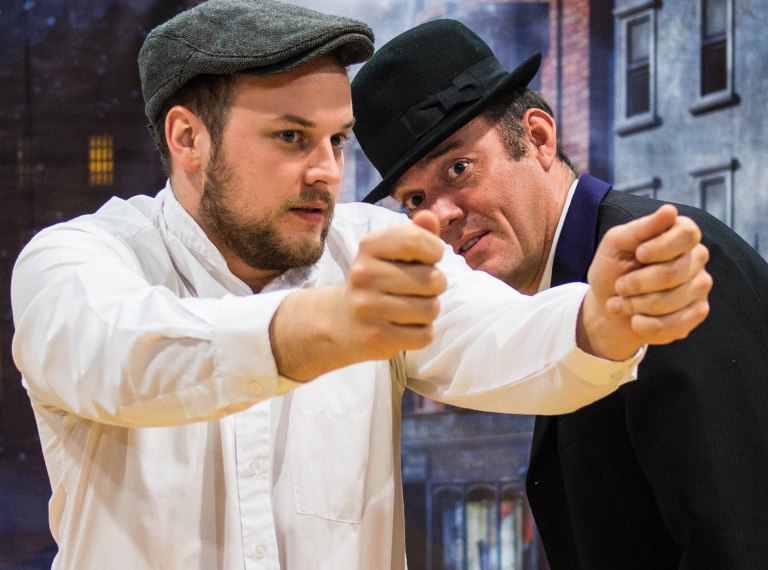 Foghorn provide a great intro to improvised theatre.  Meeting the audience at the door, explaining at the start that they won’t pick on anybody to make the audience feel safe, and working hard as a team to put on a great show.  I laughed in every scene.

A young Charles Dickens introduced the show explaining he needed help with his next story, like where it should be set and which character he should focus on.  He did a great job of reminding the audience of the plot threads to be resolved, reinforcing the strong storytelling abilities of the group.

Particular highlights in this show were Gwendolyn, a wonderful character who whimpered her way through life hiding behind a veil, and the moment her fiance carelessly walked over her body when she eventually passed away from TB.  Baron McNaughtyness, the main character of the tale as selected by the audience, was also strong and his high status came out time and again when dealing with underlings.  I was also impressed by the variety displayed by the performers, being silly in some scenes and moving the plot forward in others.  I enjoyed watching the cast all have fun together, seeing them make each other laugh and stretching scenes to breaking point.  The best of example of this was at Gwendolyn’s wake, when the guests were much more interested in the food than the death that had occurred.

5 thoughts on “Review: Foghorn Unscripted – What the Dickens?”