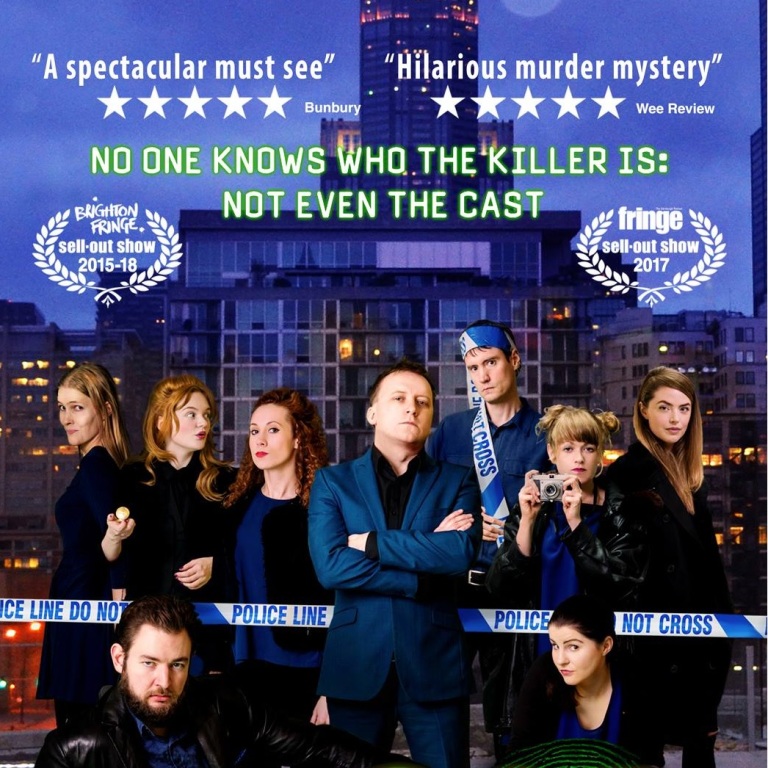 Box Of Frogs: Birmingham’s premiere improv Group bring you a night of high-octane improvised comedy nonsense, based entirely on your suggestions.

Box Of Frogs: Monthly show in Birmingham’s Jewellery Quarter where audience members have the option to join performers on stage.

The Armando Diaz Experience:  Some of the best improvisers in Birmingham take to the stage to deliver another Fat Penguin Improv comedy show.

Baron Sternlook’s Improvised Musical:  See scenes, songs and an entire musical created from scratch based on your suggestions.

The Armando Diaz Experience:  The performers tell a true-life story based on an audience suggestion, then create a series of comedy scenes inspired by the story.

The Glowstick Trials:   What’s the naughtiest thing you’ve ever done? This will inspire each trial before the audience decide the fate of the poor defendant with their glowsticks. Part of Nottingham Light Night.

Gorilla Burger:   Theatre karaoke where you can be the star.  Or you can just sit back and enjoy an evening of unplanned, uncensored improv comedy.

Rhymes Against Humanity:   A fully improvised musical based entirely on your suggested title – no scripts, no conferring, no planning, just totally spontaneous musical madness! With opening support from The Vortex.

The Same Faces: Brilliant comedy sketches live on stage, in the style of “Whose Line Is It Anyway?”.

FRI 8TH – UPSTAIRS AT THE WESTERN

Rhymes Against Humanity:  What if you could choose the title of a brand new musical and then see it performed instantly?  Wonder no more – you can.

Ben Van Der Velde – Fablemaker: A storytelling show with a supporting cast of thousands that live in Ben’s head.

BrightSparks Comedy Asylum:  A comedy show like no other. Prepare to be amazed, confused, entertained and wowed by these masters of improv.

Conversation Garden on Love Island:  In this show, it’s your turn to decide what happens next. Winners of last year’s Best Improv show.

Stealing The Show:  A criminal comedy caper made up from your suggestions. What will we steal? How will we steal it? It’s all up to you!

Improv Provocateur: The bravest performers from across the festival perform a range of near the knuckle improvised games.  Afternoon & evening shows.

Oxford Imps:  Comedy invented on the spot and based entirely on your suggestions – anything from Shakespearean verse to freestyle raps.

SAT 9TH – UPSTAIRS AT THE WESTERN

CSI:  Crime Scene Improvisation:  Someone’s kicked the bucket. But who, what and how? The choice is yours, the problem is theirs to solve.

The Millennial Generation Game:  A game show by a Millennial (Daniel Nicholas) poking fun at other Millennials and everyone else.

The Just Us League:  A fully improvised Marvel-based comedy show. All the heroes. All the villains. Your story.

MON 11TH – UPSTAIRS AT THE WESTERN

The Improlectuals: Another spontaneous show from this improv “super-group” made up of some of the finest improvisers from around the Midlands.

Lessons In Nostalgia:  With the country, more than ever feeling nostalgic for ‘the good old days’ Daniel Nicholas works out whether nostalgia is actually a good thing.

WEDS 13TH – UPSTAIRS AT THE WESTERN

Uncle Armando: A single word inspires a headline comedian to tell us something about their life, which in turn becomes the basis for comedy scenes from the improv players.

2Funny + SomeAntics = Love: Comedy cabaret featuring Rhymes Against Humanity, who will perform a one-off musical based on your suggestions.

Hell To Play:  Join Satan and a cast of history’s greatest monsters as they set the audience against each other in anarchic competition.

Knightmare Live: Enter stranger, and grab your tickets for the Edinburgh Fringe sell-out show based on the classic 1980s TV show.

SUN 17TH – UPSTAIRS AT THE WESTERN

How To Win A Pub Quiz:  This highly interactive show is part stand-up, part actual pub quiz. Expand your trivia, compete against other teams, win prizes.

John Robertson’s Sweaty Sexy Party:  It’s a concert, it’s a party, it’s a stand-up show, it’s a riot. It’s whatever we want to make it tonight.

An Improvised Funeral:  The life and times of a fictitious individual, with vibrant vicars, horrendous hymns, and flashbacks to the life of the deceased. You’ll die laughing.

Showstopper: The Olivier-Award-winning show from the West End will create a brand new musical for one night only.  Has to be seen to be believed.

Fresh Faces: The Same Faces’ newest members make their comedy festival debut, performing a range of different games not used in the team’s other shows.

Crop’s Circle:  A podcast recording complete with interviews, discussion and performance, creating material from audience suggestions in the interval.

SUN 24TH – UPSTAIRS AT THE WESTERN

The Improv Musical: An hour of improvised mayhem, hilarity and musicality from students at the the University of Warwick.

Full Of Beans:  A free family friendly evening of improvised sketches and games by Coventry Improv.

The Improv Musical:  A brand new musical performed for one night only at the University of Warwick.

Meeting 2.0:  The audience controls lighting, sound, and projections through the miracle of Twitter, with seven performers on stage who have not met before the performance.

4Front For Funzies:  You can expect fun, music, laughter and lots of unscripted silliness as two teams of improvisers face off in a series of comedy improv games.

The Noise Next Door: Eleven time sell-out veterans of the Edinburgh Fringe Festival bring their feature-length show “Remix” to the Midlands.

The Improlectuals: Four talented local improv comedians deliver gags, songs and comic stories that are based on what YOU the audience decide to give them.

No Material Night: A special twist on the regular comedy night.  Stand up comedians pull a topic from a hat and create a comedy routine in the same moment.

The School Of Night: Founded by Ken Campbell, and unlike any other theatrical event you are likely to experience, the players channel the Bard to create a lost masterpiece.

Have I missed a show?  Get in touch and let me know.